From Turnips to Tables…
More Than 120 Years of Transformation

Now, more than 120 years later, offenders are still harvesting crops there and Correction Enterprises has become the third-largest prison industries organization in the United States. Although products and services have evolved through the years, one thing has remained constant: A passion for creating a safer North Carolina through the training and transformation of state prison offenders to reduce recidivism. Following is a brief history of the remarkable evolution…from turnips to wooden tables…and everything in between:

Birth of an Industry 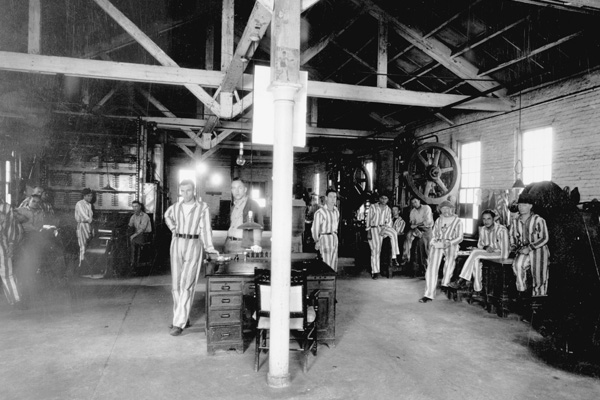 A fishing industry is born in Brunswick County to provide fresh seafood to state prisons. 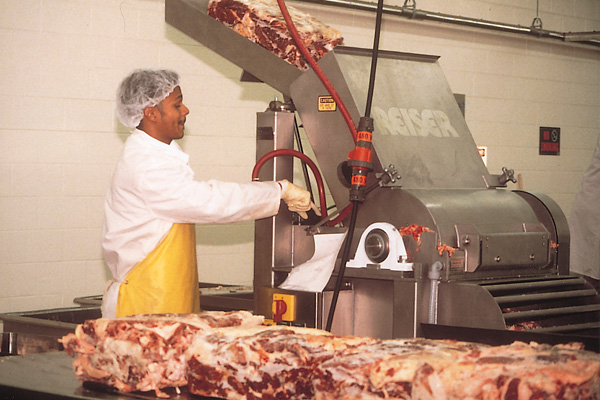 Each prison is given responsibility for starting and operating industries to support their needs.

A plant to make highway signs starts up
for Department of Transportation. 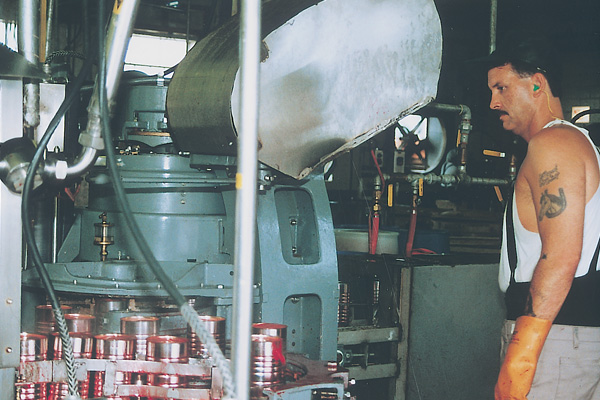 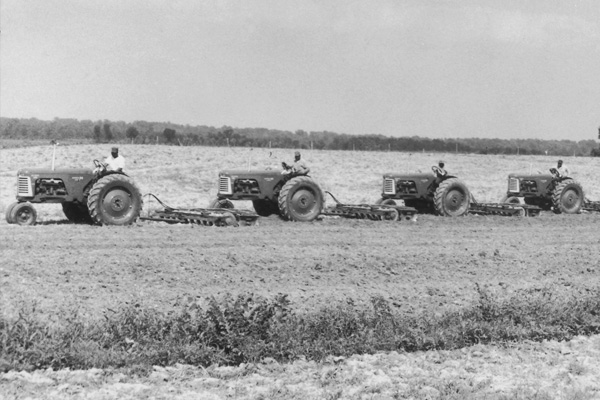 A printing operation begins
at Central Prison in Raleigh.

A paint plant and janitorial products plant are established at Central Prison. 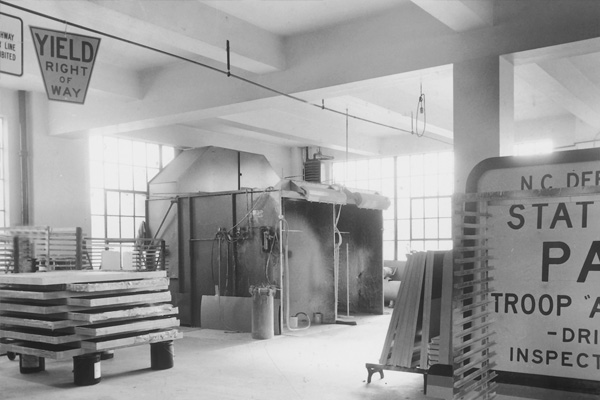 Restructuring and a New Name

The prison system separates from the Highways Commission; is placed under Department of Corrections; and is named North Carolina Correction Enterprises.

A “quick copy” center is set up at Triangle Correctional Center to provide fast copying and duplicating services primarily to state government agencies in and around Raleigh.

A metalworking plant starts up at Blanche Youth Institution in Caswell County. It closes in 2000, merging with a second metal plant established in 1994 at Brown Creek in Polkton, NC.

New industries are established, including laundries, upholstery, forestry, and duplicating. Sewing is expanded.

The janitorial plant is moved from Central Prison to Harnett Correctional Institution in Lillington. 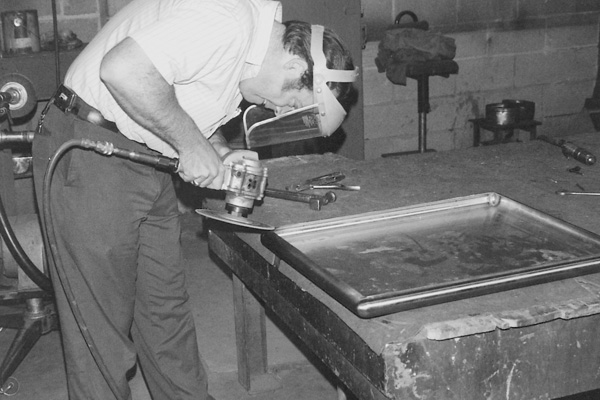 Restructuring and a New Name

A package and distribution warehouse begins operating in Apex as a recycling program for government fleet lubricants. Today the facility serves as a statewide shipping and warehousing facility for all Correction Enterprises production centers as well as a seller of lubricants, greases and other fluids to government customers.

The upholstery plant forms a partnership with Catawba Community College to train offenders for jobs in the upholstery and reupholstery industries. 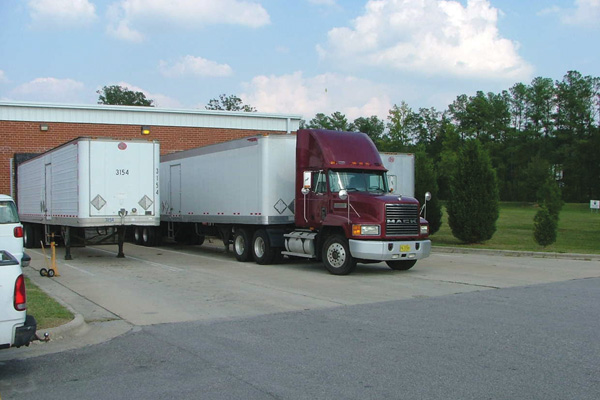 A streets and highway sign plant is established at Franklin Correctional Center and is expanded in 1994. 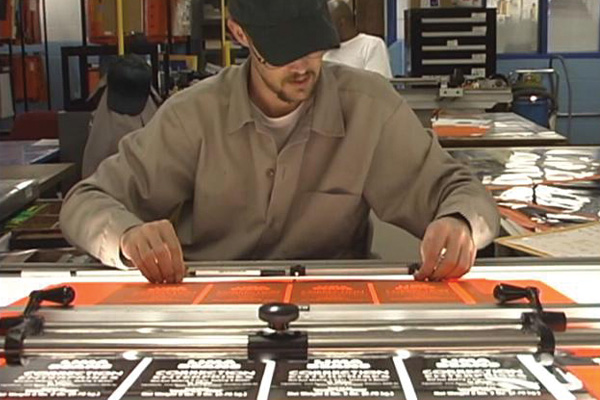 The woodworking plant moves into a new 30,000-foot facility at Alexander Correctional Institution. 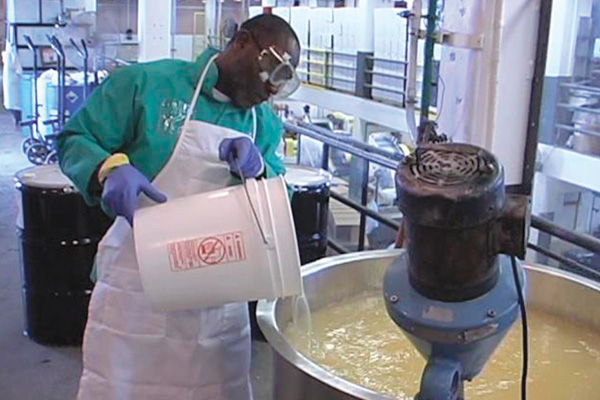 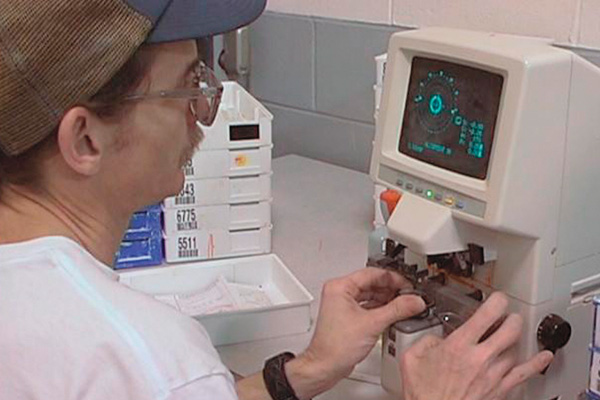 The janitorial plant moves to a new, state-of-the-art facility near Warren Correctional Institution.

A braille transcription operation was started up at Scotland Correctional Institution with funding from the Governor’s Crime Commission.

An employee service awards distribution plant was established at Carthage with offenders bused in from Sanford Correctional Center.

Legislation passes that allows North Carolina government employees and retirees to purchase up to $2,500 in Correction Enterprises products for personal use each calendar year.

Correction Enterprises becomes the second-largest prison industry organization in the United States, second only to California.

A partnership is formed with North Carolina State University to train all Correction Enterprises employees and offender employees in applying “Lean Manufacturing” approaches to all office and plant processes to improve efficiencies and productivity.

Let us know how we're doing